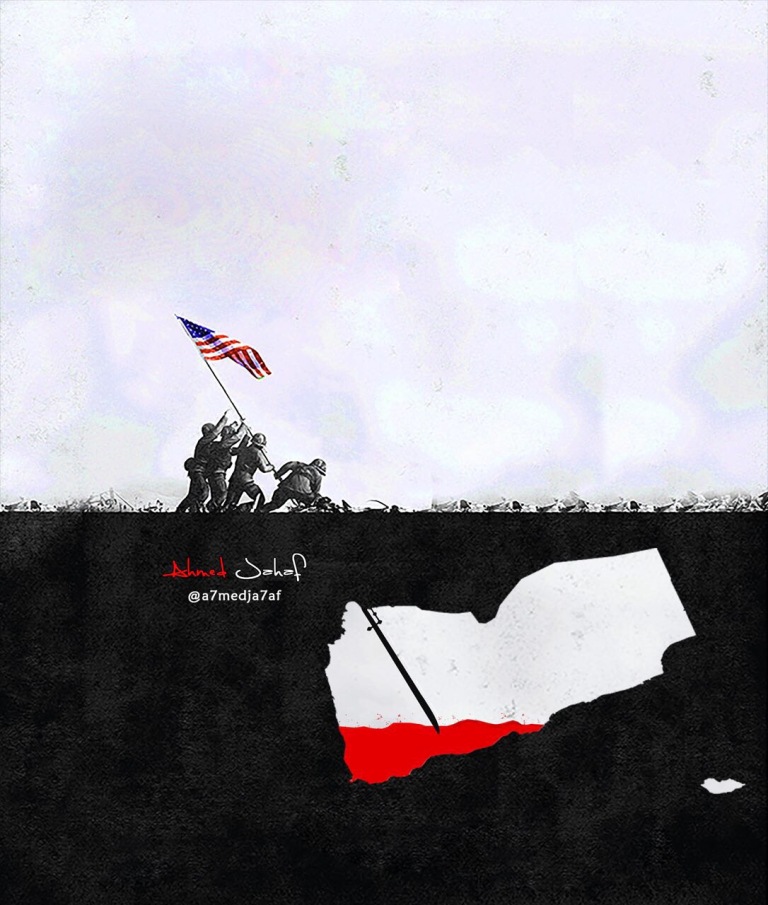 The war on my country #Yemen was announced on the night of March 26 2015, from Washington!

This site uses Akismet to reduce spam. Learn how your comment data is processed.

Ahmed Jahaf, 28 years old, graphic designer, artist who inspired his artwork by the war and lives under bombardment & blockade in Sana’a the capital of Yemen